In the current era of political distrust and ideological extremism, perhaps the only element of modern politics we can all agree upon is its democratic structure – or can we? While democracy is now revered as the only political system which gives value to the opinions and rights of all individuals, in a society plagued by misinformation and manipulation, we are forced to question whether it is really the most just and robust system to let everyone over a certain age to vote, no matter their level of knowledge or exposure to potentially misleading political campaigns. This will be a study of the very essence of democracy; its flaws, its promise, and whether there exists a viable alternative.

Western democracy has sustained several blows in the last few years: the infamous Brexit referendum of 2016 and Trump’s US election victory that same year have led to a collective reflection on how democracy works, and how it can be maintained when corrupt campaigning practices blur the lines. This crude awakening is forcing even the most progressive to question the uncontainable fluidity which modern democracy imposes on the political climate. However, reassessing a structure long-deemed the one and only perfect system is as open-minded as it is potentially regressive, and is putting society’s hard-earned freedom of speech at risk.

Scholars Milbank and Pabst proposed in 2016 that the modern surge in populism represents  ‘a tectonic shift in Western politics,’ suggesting that democracy – or at least the way in which it is carried out today – is fundamentally flawed. Wright agreed that ‘…with one referendum and a presidential election, liberal democracy as we’ve known it seems finally, dramatically, to have collapsed in on itself.’

But this contentious attitude that the right to vote should be earned instead of freely given is nothing new. Asimov proposed back in 1980 that we, as a society, are fooled by the false notion that ‘my ignorance is just as good as your knowledge,’ thanks to the way in which we currently practice democracy. And of course, the first recorded to voice this issue was Socrates, who notoriously defined voting in an election as a skill which needs to be taught, rather than a right to be received. As elitist as this argument may seem, there may be some value in reassessing the belief that reaching adulthood alone merits the privilege of having your opinion shape decisions which affect the masses. As such, there is some weight in the proposition that a certain level of education or pre-testing be imposed before granting a citizen the right to vote.

Indeed, since the right to vote holds such gravitas within modern culture, and any restriction other than age is hugely stigmatised in modern society, now that gender and racial barriers have been lifted after a long and arduous struggle, it could be viewed as social regression to impose such regulations. But as with other rights which affect the wellbeing of others – such as to drive a vehicle or qualify for a certain profession – perhaps being eligible to vote should be regarded with a similar license-based approach in order to ensure public protection. Although limitations to democracy should be considered with caution, it has to be said that this proposition is a far cry from excluding based on race, gender or social class.

Despite these recent doubts surrounding democracy, Fukuyama proclaimed it as the ‘final form of government,’ after which no further advancement can be made. Although secular in its presentation, this approach is based on the biblical metanarrative of teleology, proposing that human civilization progresses along a pre-destined procession of developmental stages, the last of which marks the ultimate perfect existence. However, this prophetic approach to democracy appears blinkered to the limitless possibility for political systems outside of the domineering western narrative. Furthermore, Derrida conversely argues that a democratic political system actually challenges the doctrine of teleology, as by its unsolidified nature, democracy cannot exist within the constraints of such expectations. He described democracy as:

‘…the only paradigm that is universalizable, whence its chance and its fragility. But in order for this historicity unique among all political systems to be complete, it must be freed from all teleology.’

This notion of emancipation from the teleological narrative could refer to this already touched upon fluidity of a liberal democracy: characterised by its openness to change, unlike other political systems it does not attempt to be permanent. Perhaps Derrida is right that democracy equates to society untangling itself from its alleged teleological destiny.

The End of Democracy

Every generation is fooled by the myopic mindset that they already have all the answers. However, history has taught us that there is always further progress to be made, and in order to evolve, we must look at our current system with a critical eye, never closed to potential improvement. Indeed, absolute perfection impracticable, but this should not deter present and future civilizations from striving for it. As such, although the dominant belief is that the current democratic system is the only viable option, possible alternatives or adaptations should be explored. Perhaps Fukuyama’s proclamation that no further advancement is possible is both naïve and counterintuitive to humanity’s constant quest for progress.

Furthermore, the political framework of democracy is unique in that in its nature, it welcomes critique and is subject to no absolute ideology or leader. Indeed, all authoritative figures are transitory and their status depends on public approval. Derrida described this self-imposed vulnerability as an ‘auto-immunity,’ suggesting that the very existence of democracy is an attack on itself. Indeed, the current phenomenon of restrictive populist ideologies gaining momentum thanks to the democratic systems in place is a prime example of how such movements are paradoxically threatening the very freedoms which gave them a platform. Could this ultimately lead to democracy’s demise?

Despite democracy’s imperfections and troubles both throughout history and in recent times, such episodes of volatility are an unavoidable part of the system. The freedom provided by a democratic society means that backlash is inevitable, since by its malleable nature, democracy is perpetually vulnerable to attack. That being said, the flaws discussed do not necessarily mean that democracy is doomed to fail, but rather that a degree of fluidity and vulnerability constitutes the very essence of the political system. It may not be as strong and self-assured as more rigid regimes, but is this alleged weakness not also democracy’s main strength?

Overall, despite the drawbacks of democracy, no alternative system any closer to the utopian image which humanity is intrinsically wired to seek has yet been developed. As such, in spite of the inevitable challenges calling for adaptations to the current voting protocol, when it comes to the foundations of the democratic system, as it stands, no better option exists. 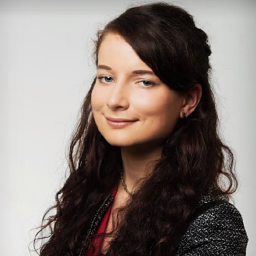 Roxanna Azimy is a British and Iranian freelance writer specialized in sociocultural issues, human rights, and welfare, Roxanna completed Masters degree in European Studies from LSE where she focused on political philosophy. She went on to work in EU affairs and public relations for the next three years, and now writes full-time, aiming to make politics more human, big issues more relatable, and philosophy about real, everyday life.